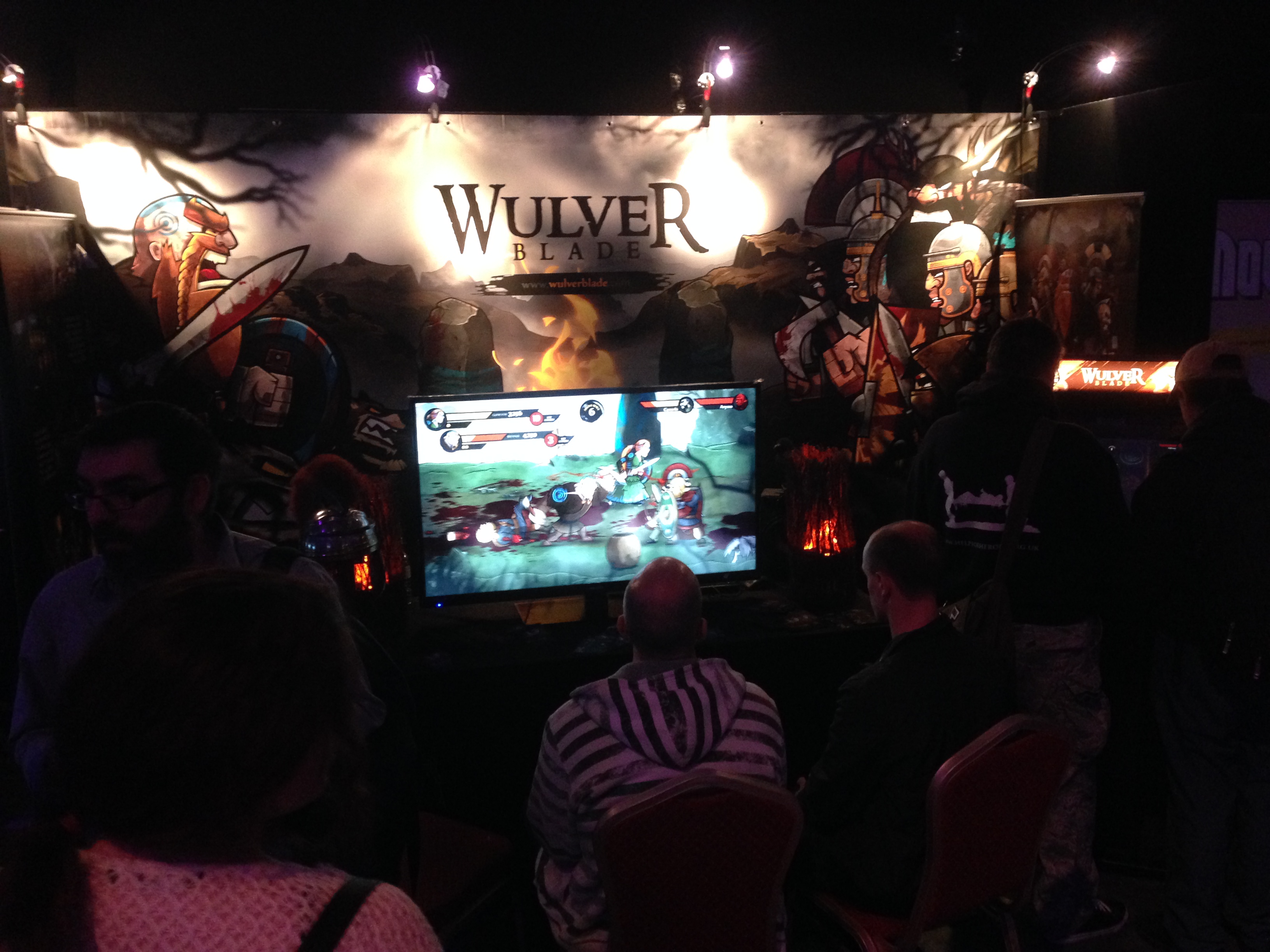 Wow! What a truly awe inspiring 3 days that was! The reception that Wulverblade has had at the past few shows I’ve been to has been overwhelming, but Play Blackpool’s reception was something else entirely! Thank you SO much to everyone that stopped by and said hi. You all rock.

Here’s a few shots of the setup… 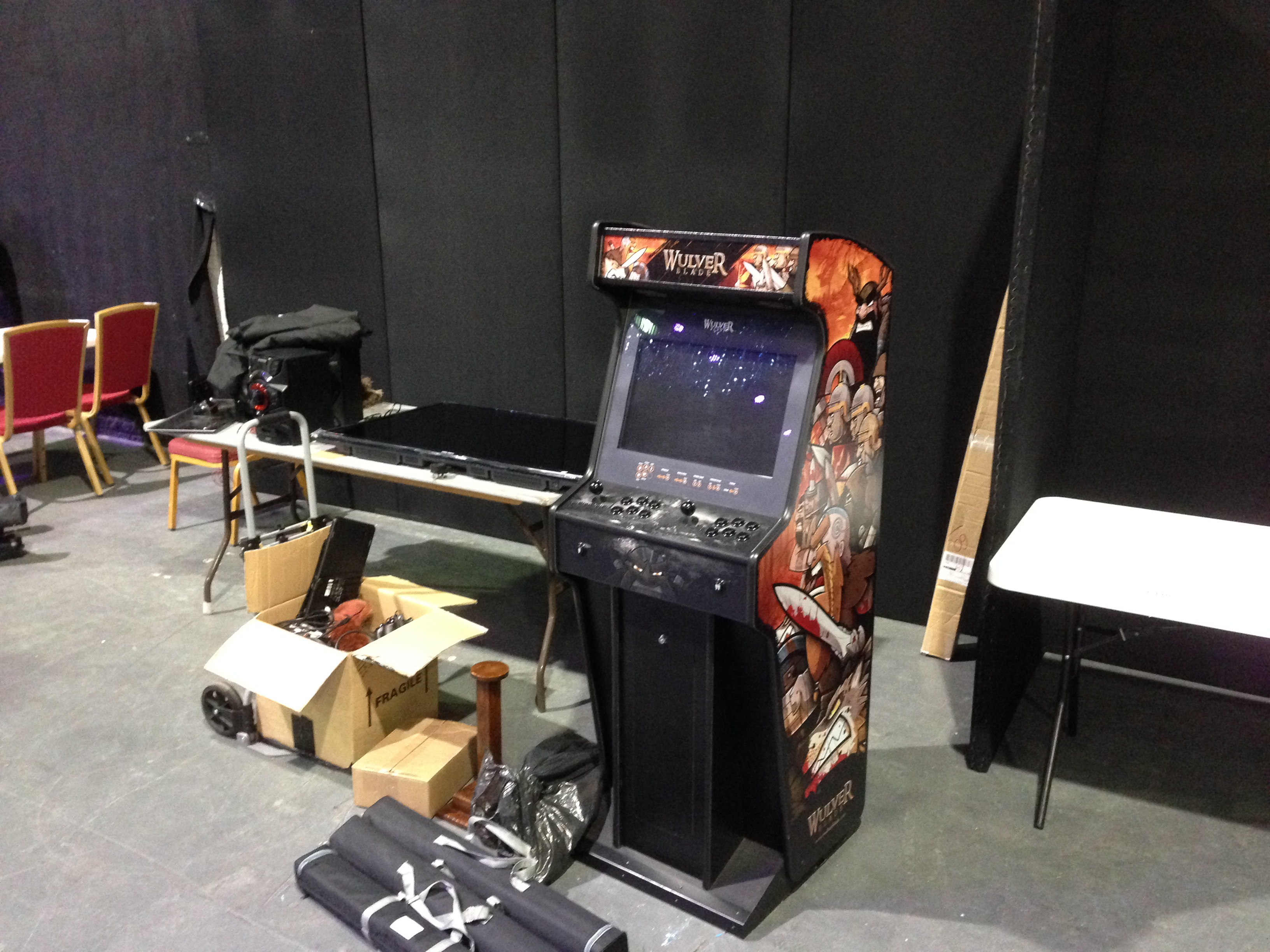 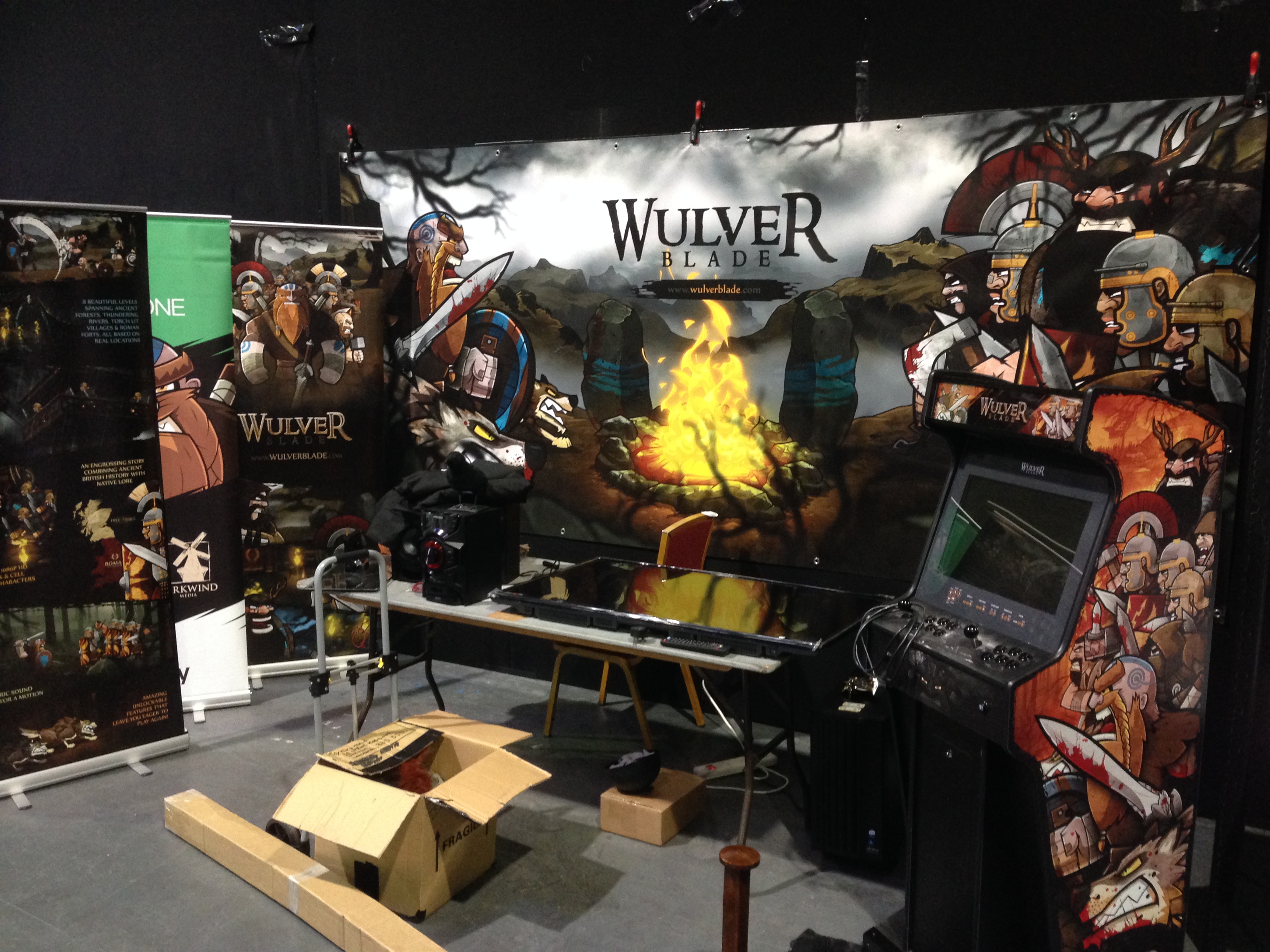 All this fits in the back of my Land Rover would you believe! Its like Tetris on hard! 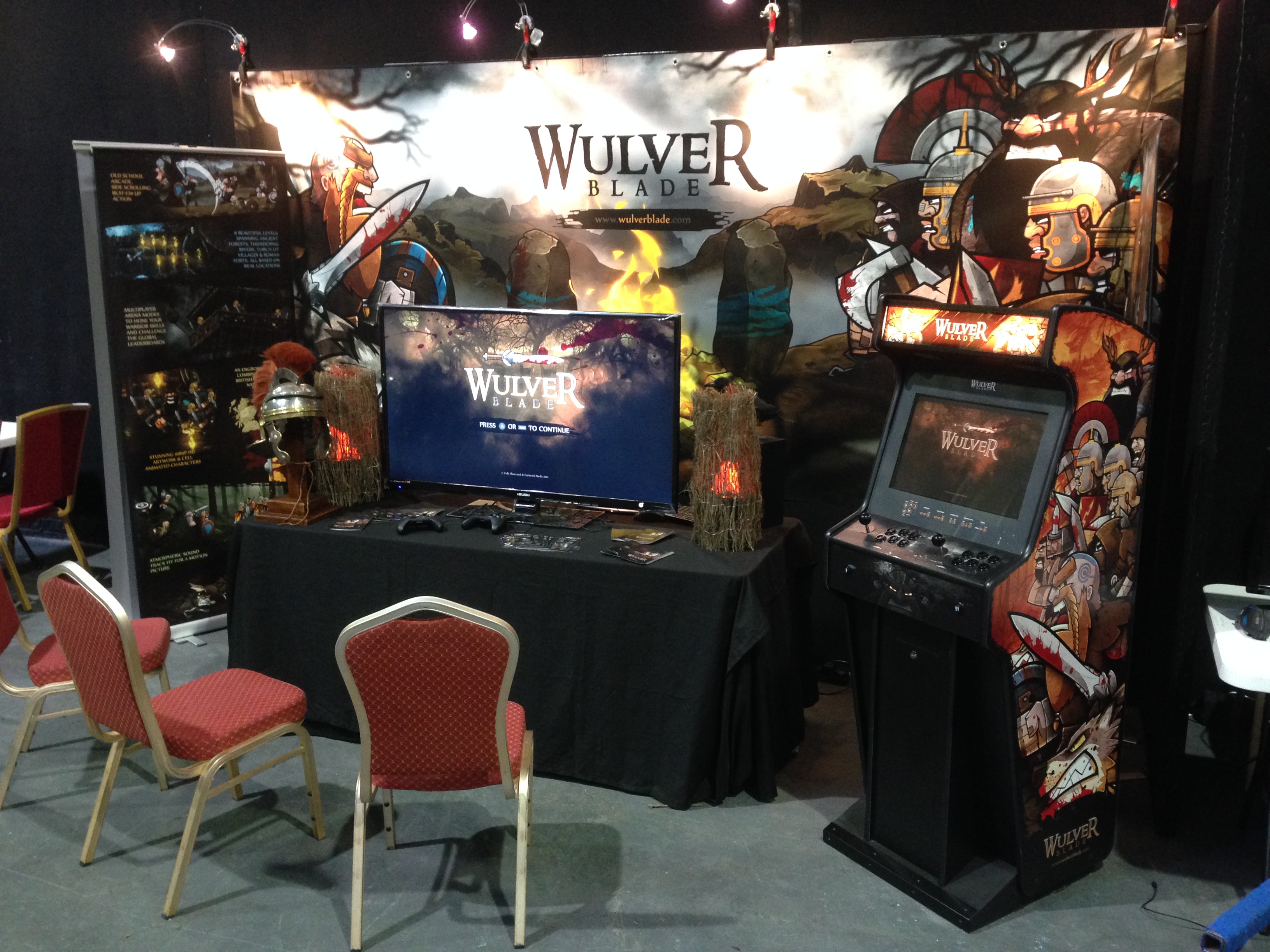 And a quick Vine to give off a little more atmosphere:

For the entire 3 days the Wulverblade stand was packed! And I mean packed. Most people that I spoke to mentioned how they’d been passed by a number of times trying to get a go, but it’d been too busy. The best bit was that even after 6000 people passed through the doors and the game was played continuously, all I heard was positive feedback, not one single negative, not one!

Another amazing sight was the diversity of the players. We had everyone from 4yr olds to grandparents playing! Couples young and old, parents and their children, brothers and sisters and just about every age bracket you could imagine. So good to see. 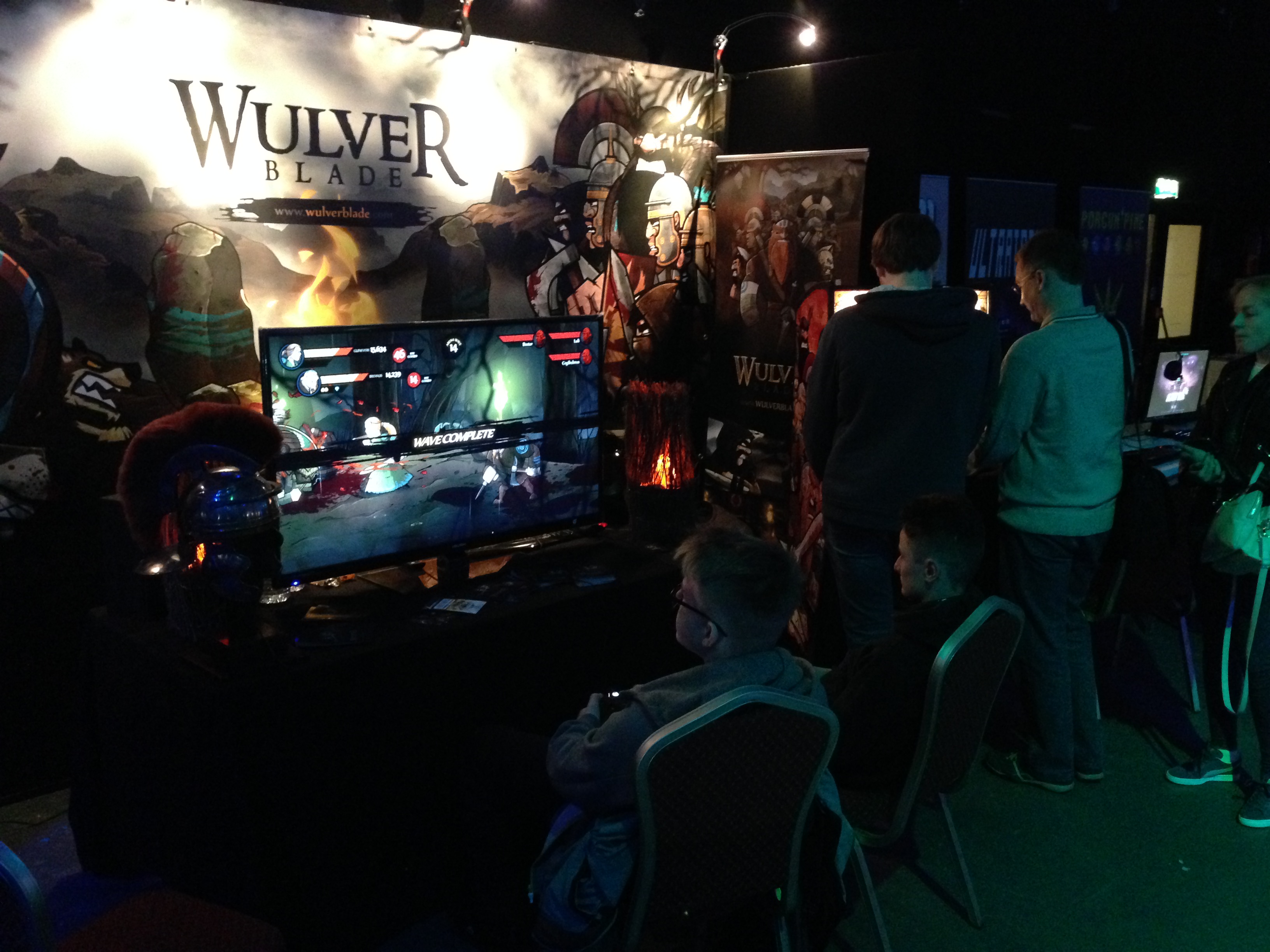 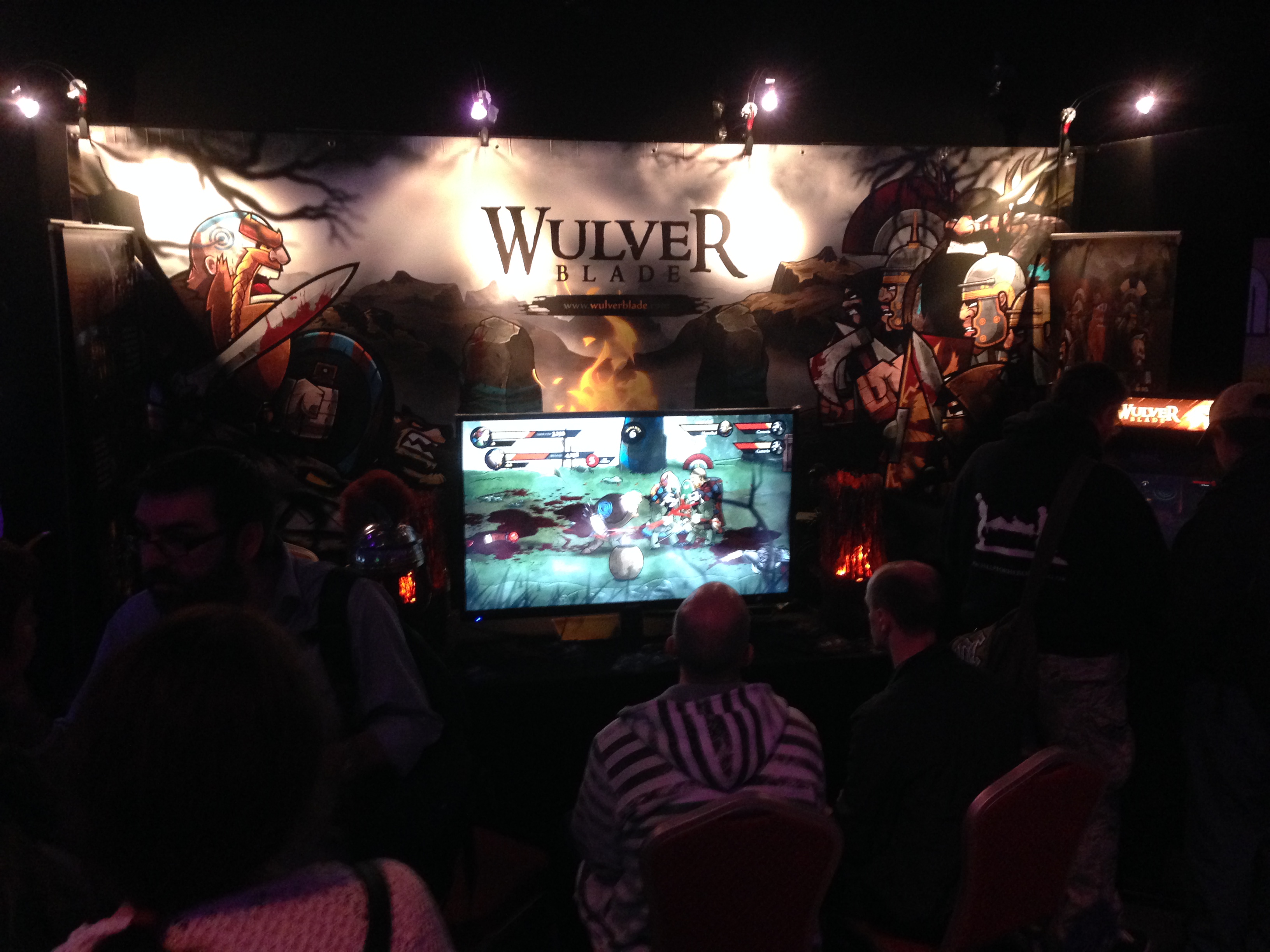 Another other great realisation was regarding the high scores. Boy do people like challenging each other to get to the top spot! We had some seriously hardcore players returning over and over to ensure they held a place in the top 3. I was even receiving tweets to ask if previous number 1’s had retained their position on the following days! Amazing.

Our two new playable characters went down a storm too. Watching returning players test each one out and finding their faves was ace. Also watching two player matches unfold as the teams devised ways to work together was incredible. Such impressive team work! A few people managed to discover ‘The Meat Grinder’ which is a technique that only two players can achieve…this always raised a few smiles ;) Trish and Niall from the Skysaga stand used this to great effect as you’ll see below… 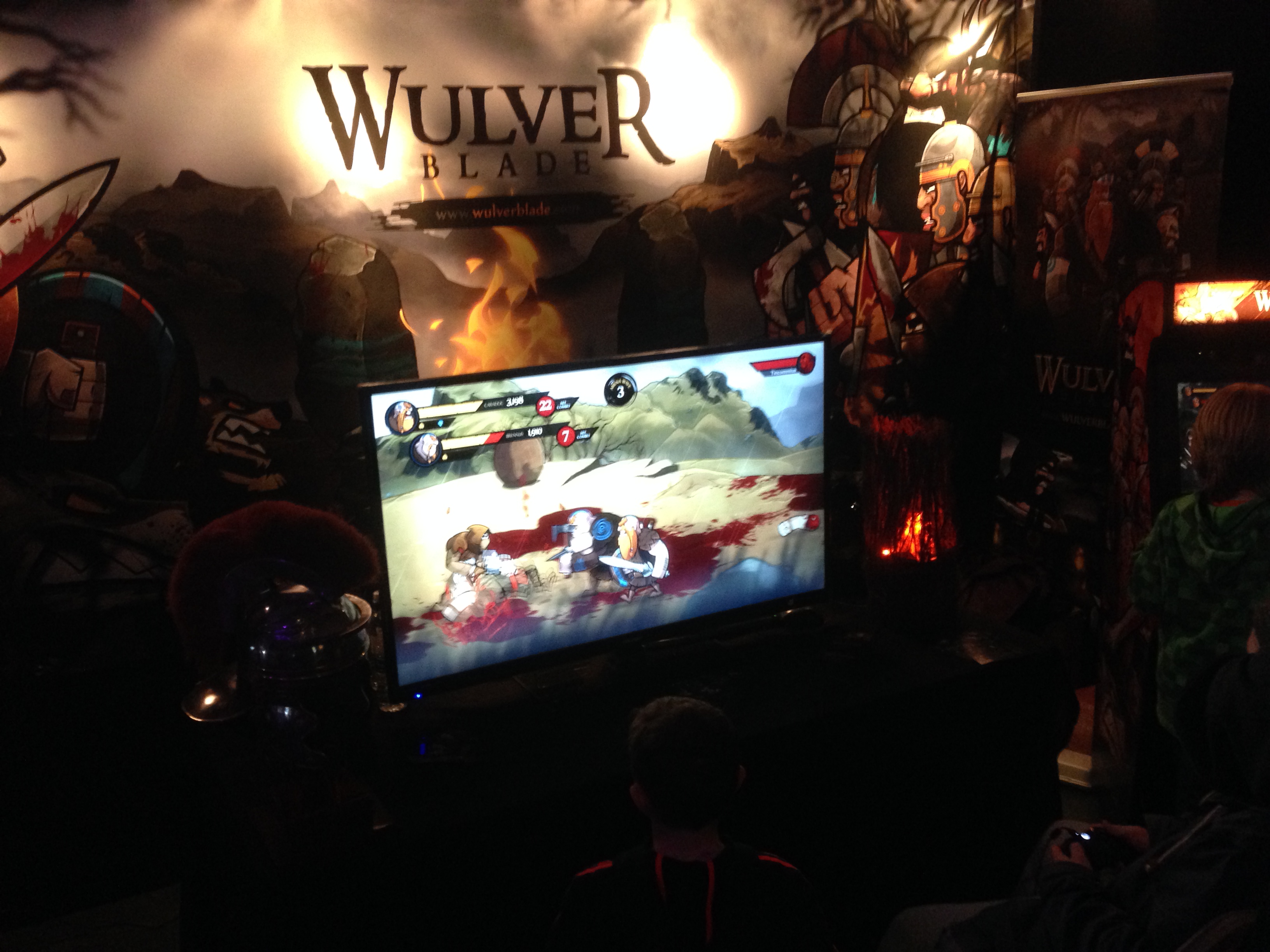 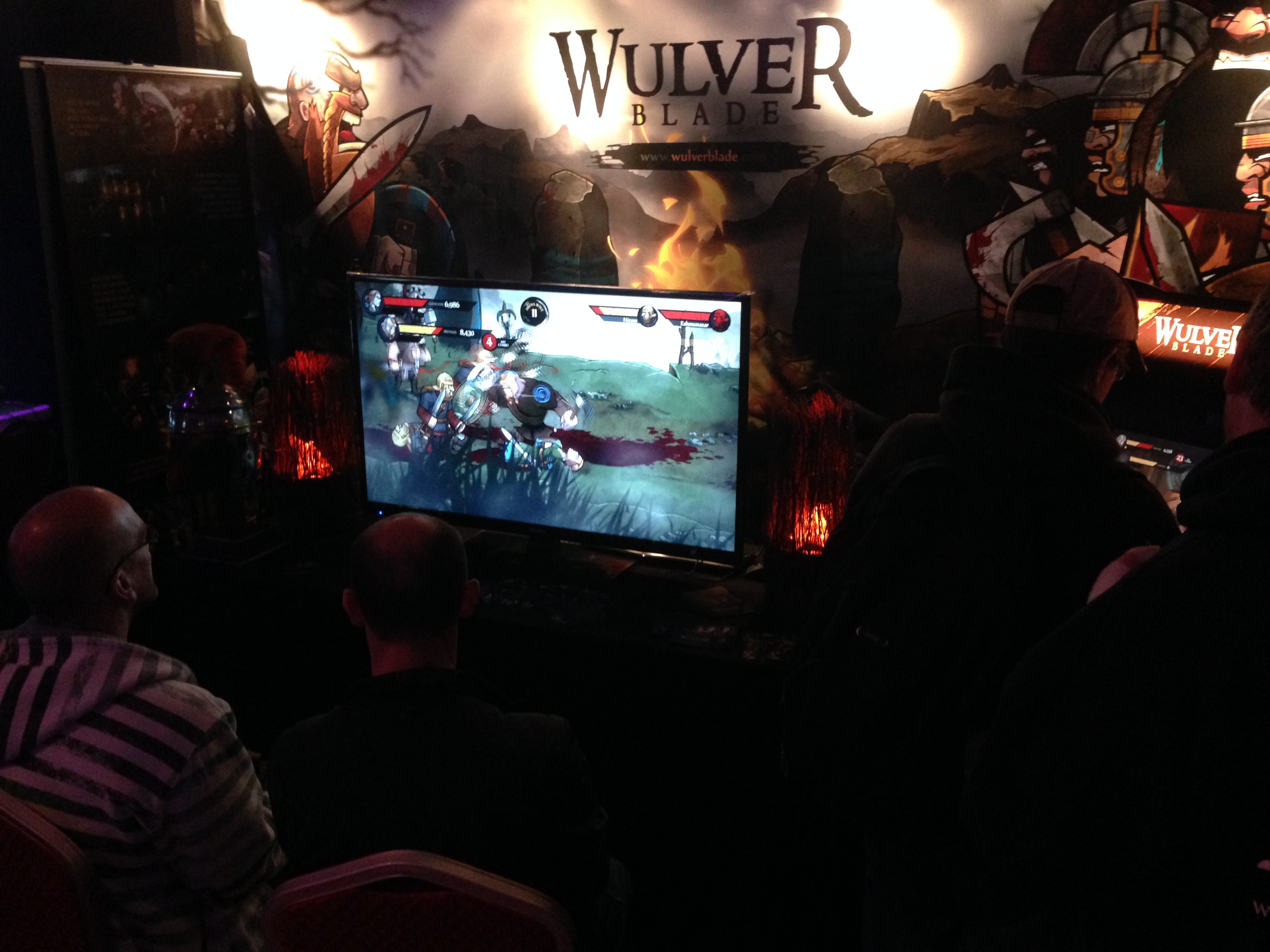 I met SO many cool people this weekend and loved speaking to everyone. Your glowing feedback has given me such a boost. You are all amazing! When you’re working as an Indie and spend most of your days working alone, feedback like this is the best fuel to keep the fire going.

Here’s a few Vines from the weekend:

Thanks again for stopping by and I can’t wait to get Wulverblade completed so that I can get it into your hands properly.