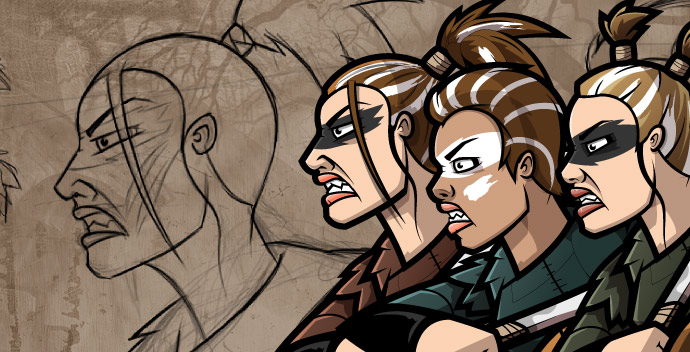 We’ve received a comment or two recently about the lack of female characters in Wulverblade, so I wanted to address this here.  I also thought I’d give you a quick glimpse of 3 of our current female warriors :)

The only reason we’ve not shown them so far is for the same reason we’ve not shown 90% of the game, they’re simply not finished and thus not ready to be shown. You can see the creation process here from sketch > final character > select frames from the core attack sequence… END_OF_DOCUMENT_TOKEN_TO_BE_REPLACED